The Rise Of Car Pooling And Sharing Services: 8 Alternatives To Uber

Carpooling apps are in vogue. A lot of people now rely on carpooling services to find their way around new cities, even their own. Uber is one of the carpooling services that have dominated the market across the globe, and which started up by allowing people to hail black luxury cars at much more reasonable rates, more akin to those of getting a taxi. Recently, there has been a social media campaign tagged #deleteUber which has garnered lots of attention.

Despite its obvious success, Uber has faced difficulties across the globe. There have been reports of sexual harassment by fake drivers and slashing of drivers' fares -all of which has diminished the image of Uber. Many subscribers to Uber are now looking for alternatives. Irrespective of the tremors rocking Uber's boat, however, the carpooling app can be considered a success for remaining a strong contender in the market which was founded in 2009. Read on to find out how a number of similar services only survived a few years.

Carpooling and sharing services is on the rise, which we have written about, because more people are realizing the benefits of traveling as a group Whether you are tired of Uber, or looking for a basis for comparison, here are eight other carpooling services you can give a try.

This used to be an app that showed the direction to drivers. It recently introduced carpooling services. Unlike Uber that targets professional drivers, Waze is for regular users which mean that they are not subjected to background checks like Uber drivers. You might consider this as an invitation to drive at your own risk -but it can save you lots of money if you get a trusted driver that constantly commutes in your direction. The app is free for download on Android and iOS platforms. 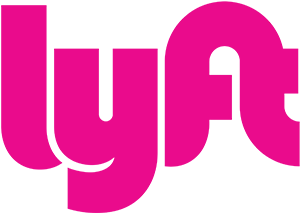 Lyft came into the market in 2012 with the main aim of giving Uber a run for their money -and they have been a huge success. It now operates in 300 cities in the United States. It also has an app, like Uber, which is available for free download for Android and iOS, and it has an option for personal or business travel.

This can be seen as a deliberate attempt by cab companies to win their way back into the heart of lost customers. It was formerly referred to as Taxi Magic. Curb has extended its services to include an array of fancy cars for hire. Unlike every other car-sharing app, Curb allows users to pay in cash. There is a plan for the launch of pre-scheduled rides from special locations like airports.

Original ridesharing apps link commuters to drivers going their way. GetMe is a little different because you can use it to pick up goods. Its rate is slightly higher than Lyft and Uber but the advantage is that its price is relatively stable, irrespective of season or time of travel. It is currently available in Texas but expanding gradually. 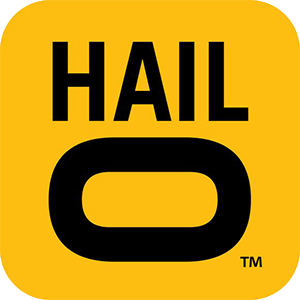 Hailo allows passengers to hitch a ride with a professional taxicab. Launched in 2011, Hailo is now available in 20 cities across the globe. Unfortunately, residents of the United States will have to wait a while before this service gets to them.

This ridesharing app came with a few innovations. One of them is that irrespective of the distance, the company takes roughly $1 for each ride. Customers of Fasten also have an option to pay a little more to facilitate their pickup.

See Jane Go started in Orange County and Long Beach, California, in July 2016 with an option for female clients to choose female drivers. In February 2017, See Jane Go entered a partnership with Laura’s House, an agency against domestic violence. The partnership offers free rides for women.

And when none of these is able to help out, or fails to satisfy you, there is always the option of public transport. Like this post? Feel free to share with your friends.